9/11 is a time that no one will forget. Least not FM Generator, who jumped in nearly right away to be a part of the relief effort. FM Generator President during the time, Michael Molway, and three other employees traveled to the World Trade Center "Red Zone" in the days after the September 11th attack to install generators that would ultimately restore cell phone sites that were destroyed.

For those who were alive to experience 9/11, never were cell phones so critical as everyone tried desperately to contact loved ones in the days following the event. Rescue workers and law enforcement also relied on the cell phone sites for their communications. Most importantly, it was hoped that anyone trapped or missing would be able to use their phone to call for help or let loved ones know that they were safe. Generators from FM Generator were used to charge the sites, which can receive between 400-800 calls per minute.

Molway, who left for NYC at 3:30 pm on 9/11 and after going through all the checkpoints and traffic arrived near ground zero about 11 pm, worked with the FM Generator team to supply generators to charge cell sites, including an FBI cell site on Staten Island. Molway himself was roped into crawling down an old coal chute under a Duane Read drugstore to restore communications power to the New York Stock Exchange (view interview below). Within three days, FM Generator had 20 cell sites up and running and distributed hundreds of cell phones to first responders with coordinated numbers so that they could communicate clearly with each other.

As for the FM Generator team, they remember operating out of what they called a "shop on wheels" with fully equipped trucks, tankers, and ATVs. All of the products were supplied from the company's headquarters in Canton. As Molway put it, "FM workers feel like they are living a part of history. The company is doing everything we can to help."

Although FM Generator fuels and maintains generators after a disaster, and has made deployments in supporting critical telecom infrastructure and public safety numerous times in the past, Molway indicated during several interviews that nobody could have prepared them for what they would see. Stating, "It's just like you see on TV. Only ten times worse. It was like a war zone. We never had to do anything like that."

And yet, as anyone will also tell you about 9/11, there was still a feeling of unity among the loss. As Lance Koren, key FM Generator employee at Ground Zero and recognized for his service put it, "There's a lot of unity. It's like one big family down there."

Pictures, artifacts, and news clippings from that time can be viewed below. 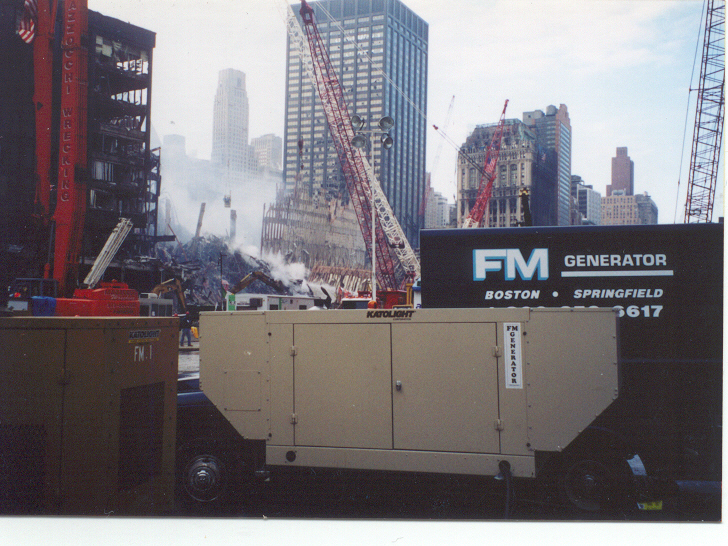 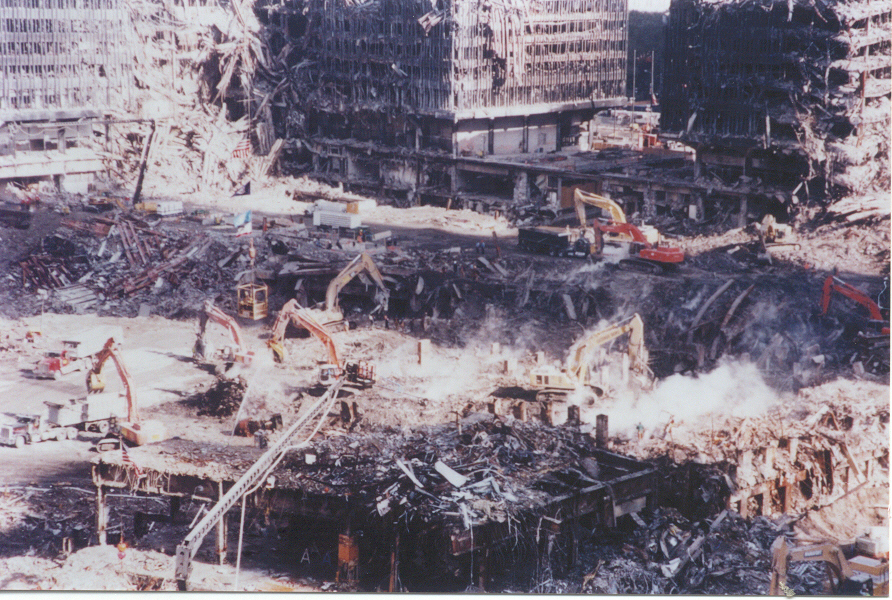 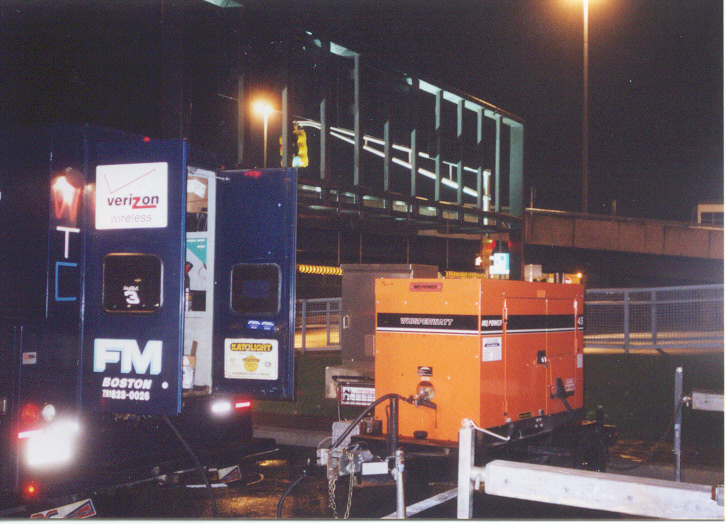 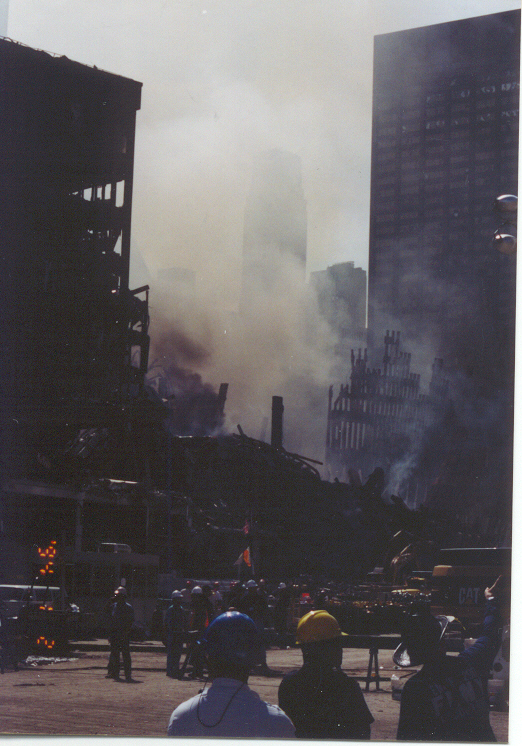 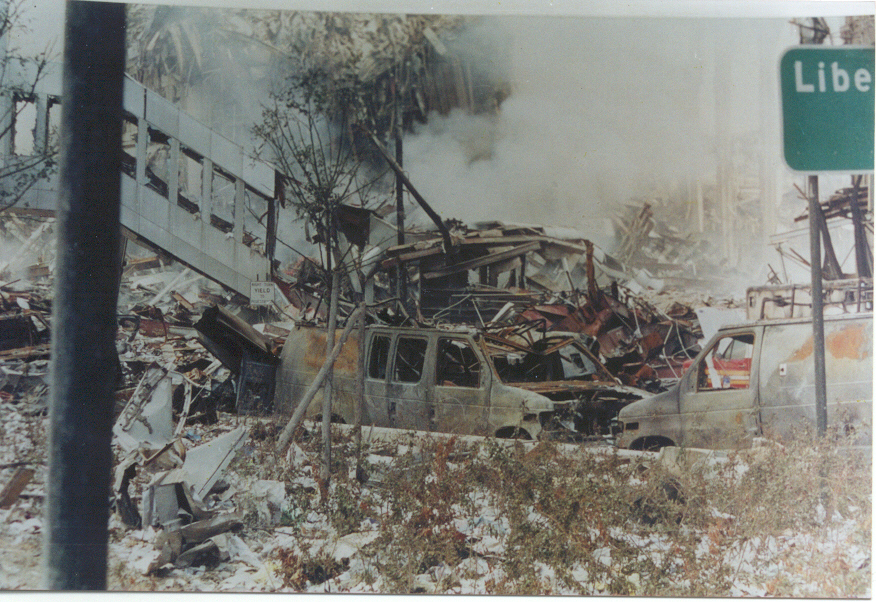 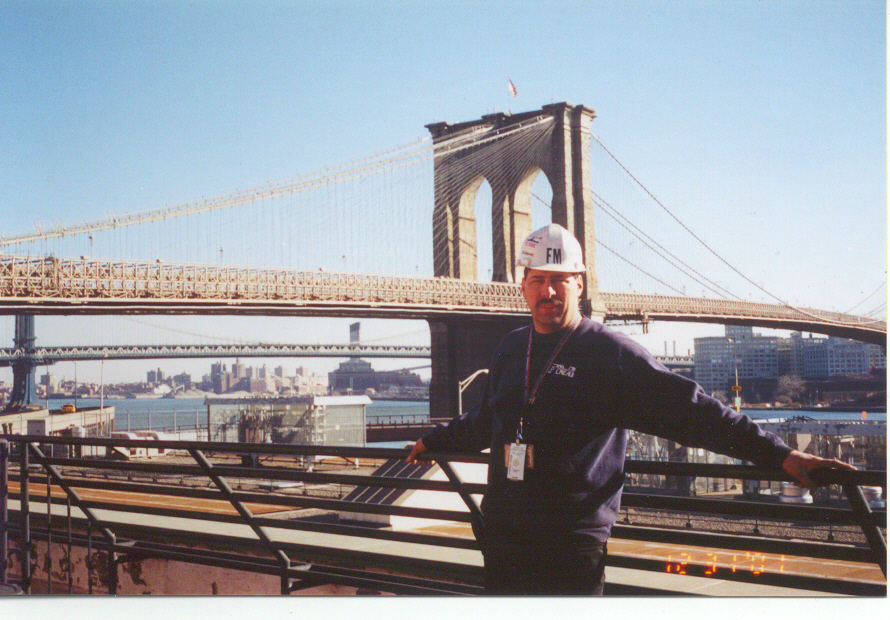 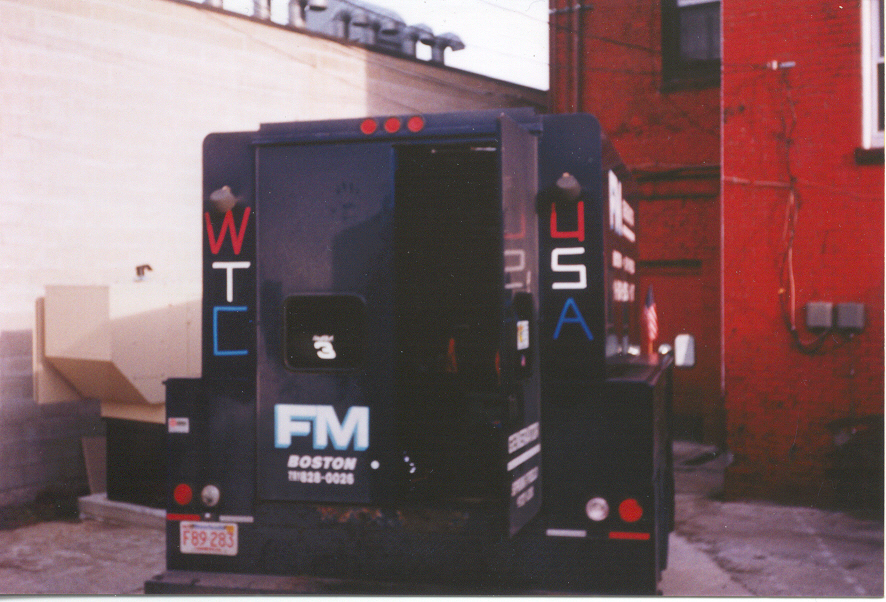 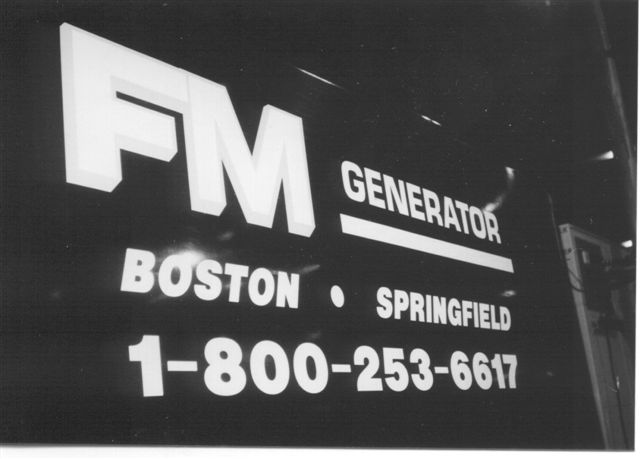 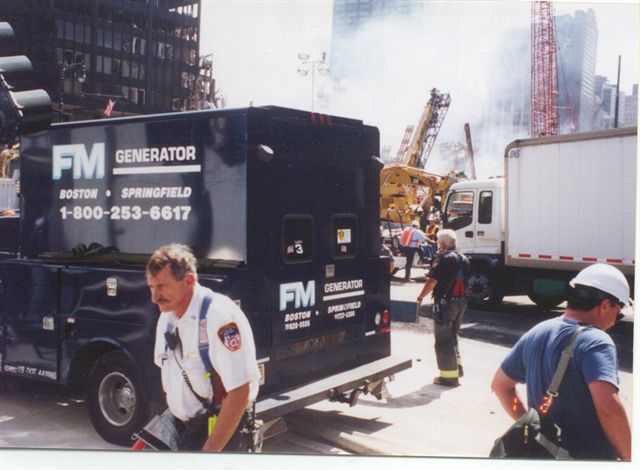 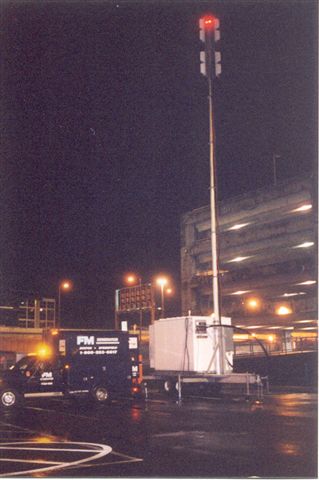 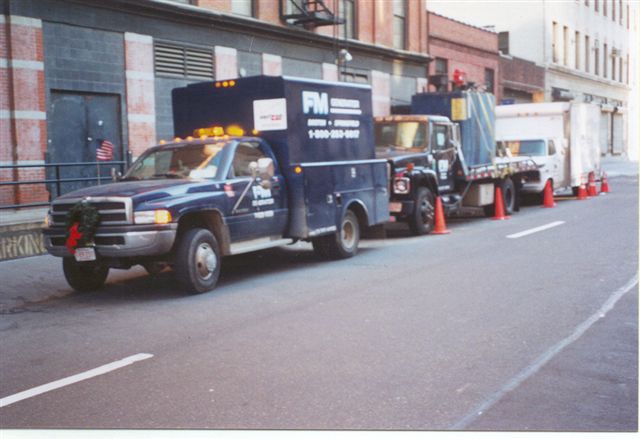 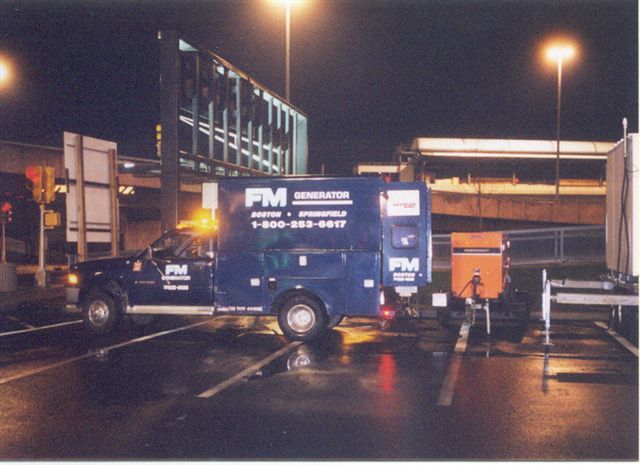 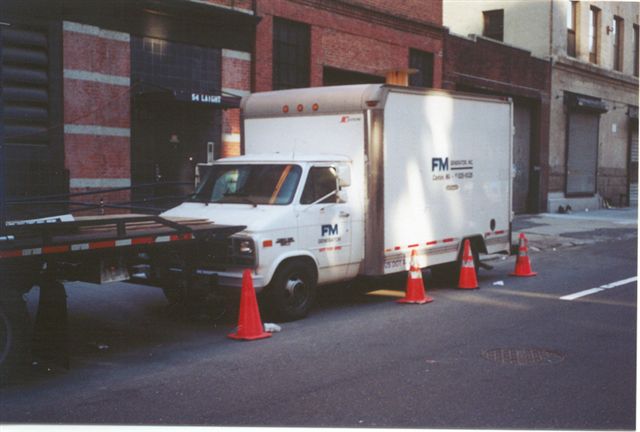 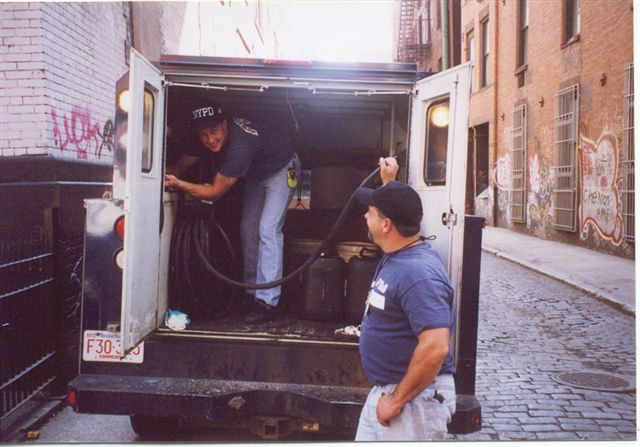 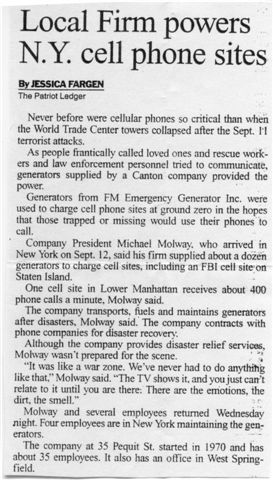 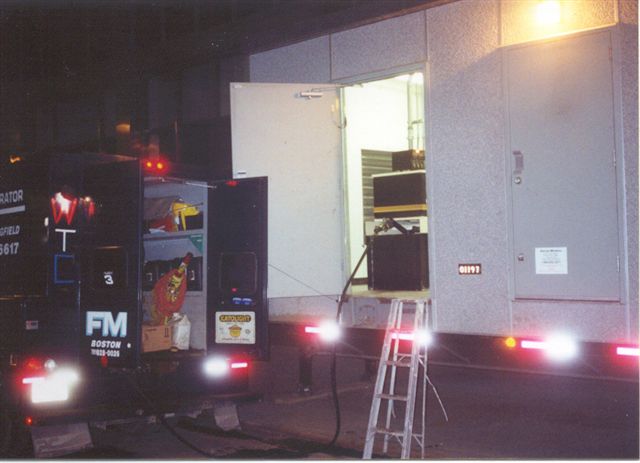 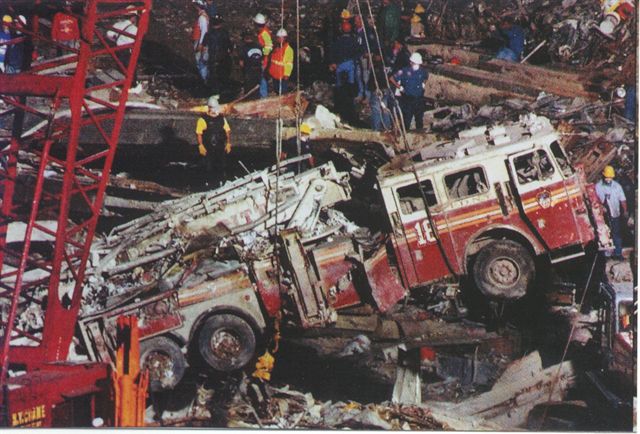 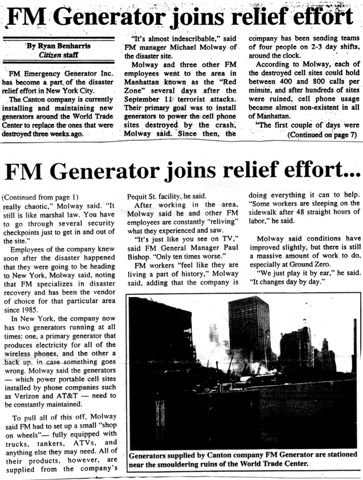 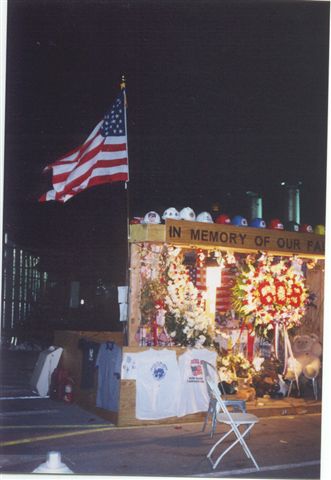 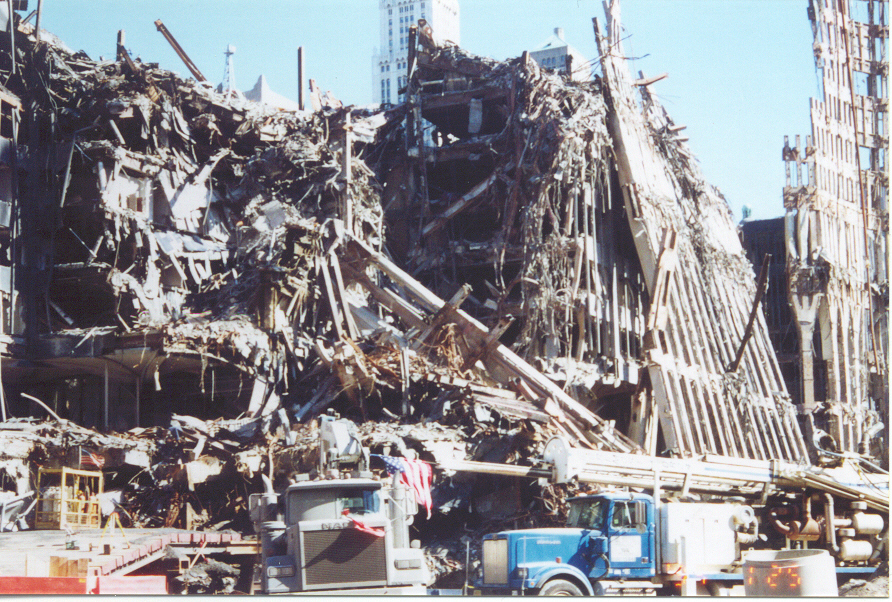 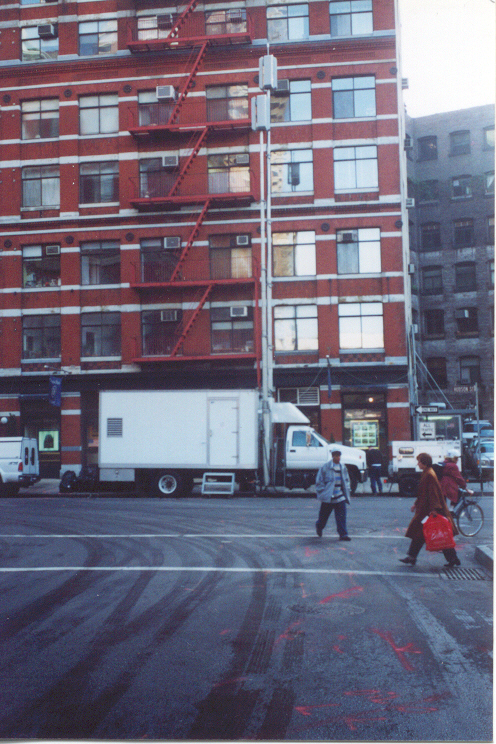 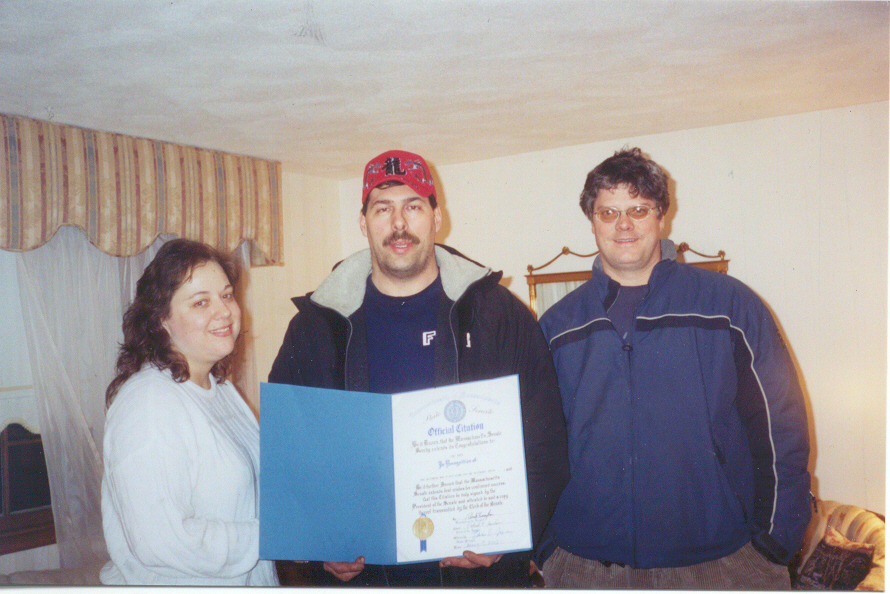 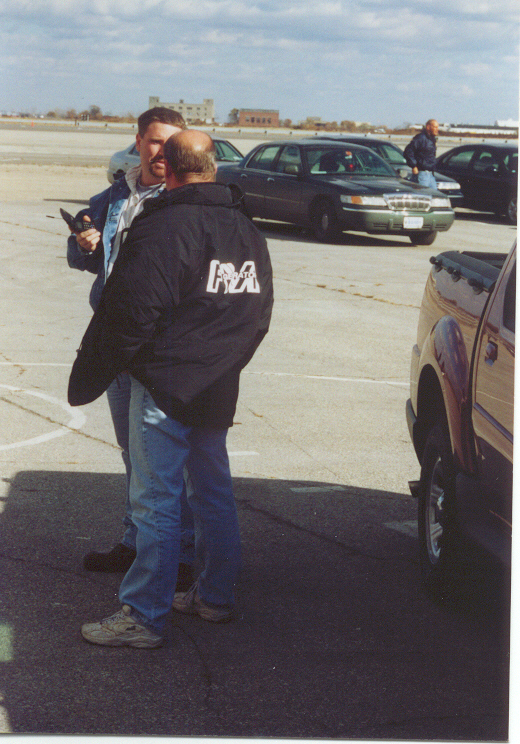 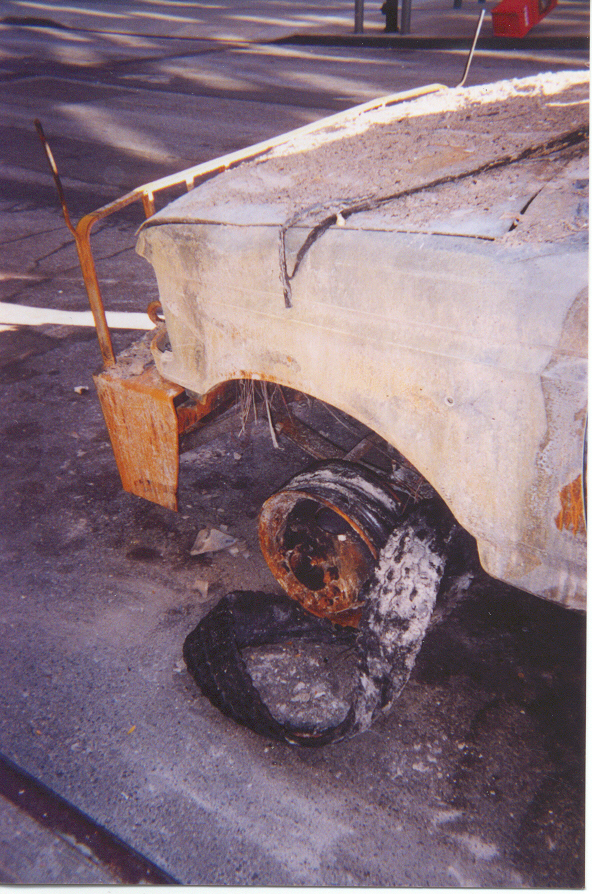 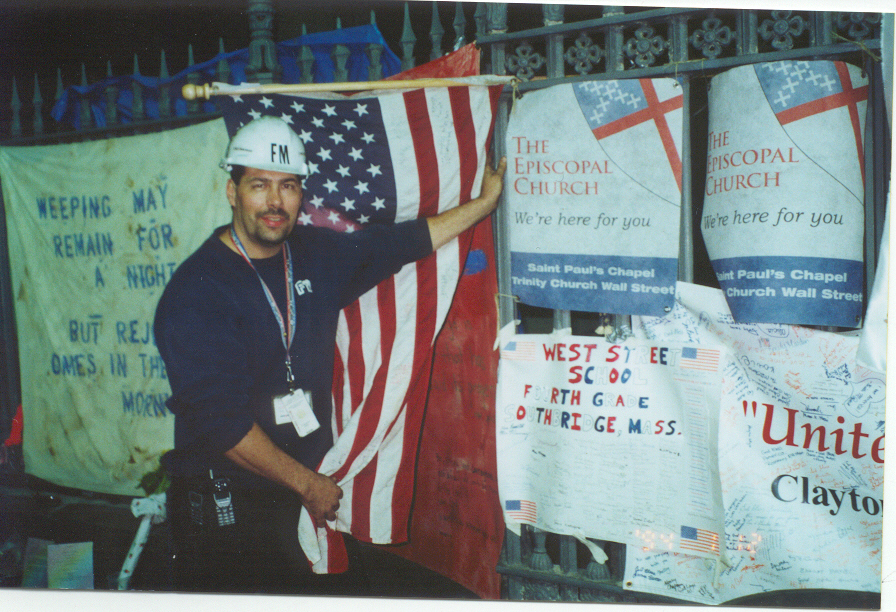 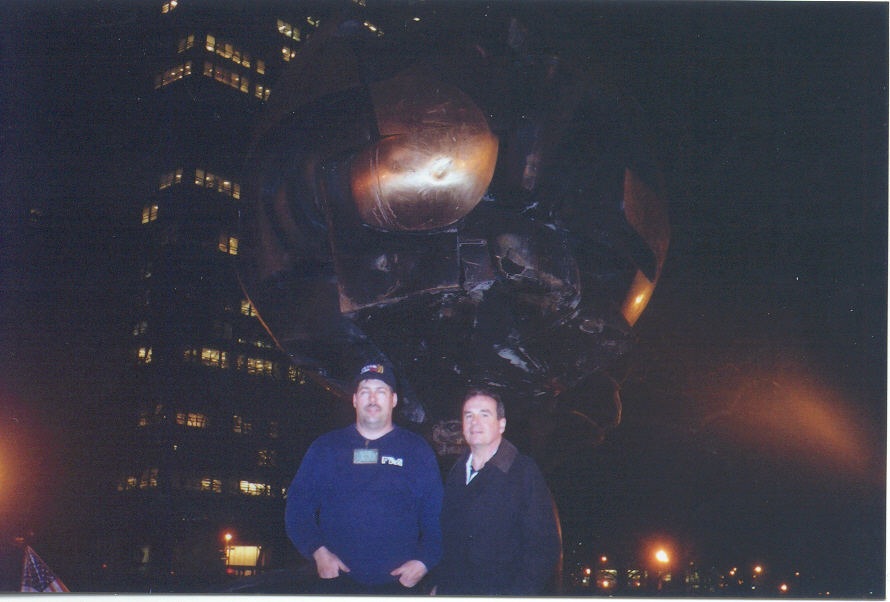 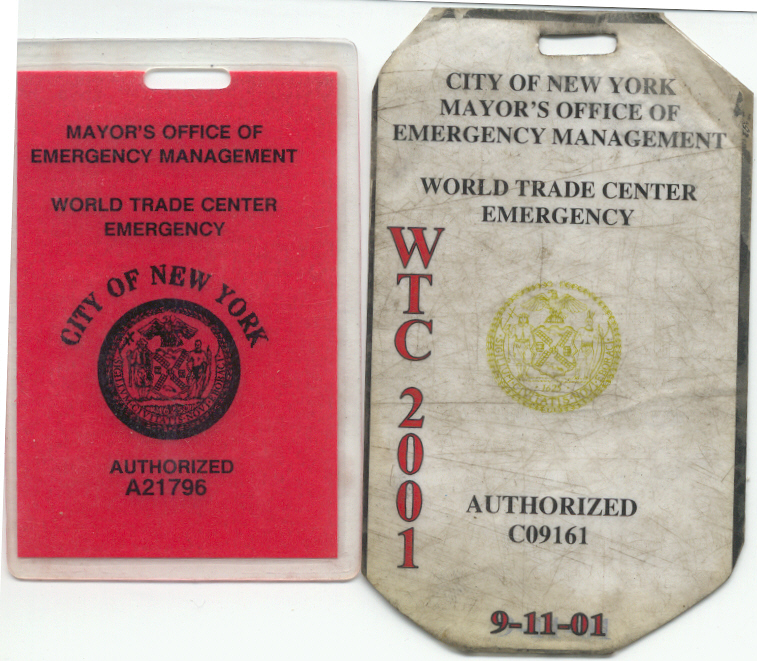 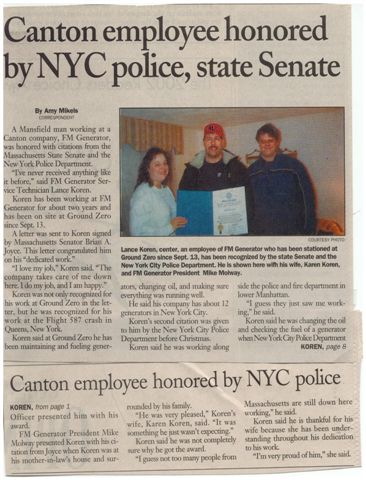 Mike Molway, President of FM Generator at the time of 9/11, shares how FM Generator helped to restore power to the New York Stock Exchange. FM Generator is proud to support the 20th Anniversary Canton Community 9/11 Commemoration with special events to be held from 9/10 to 9/12. Please visit the Facebook page for a full list of events. 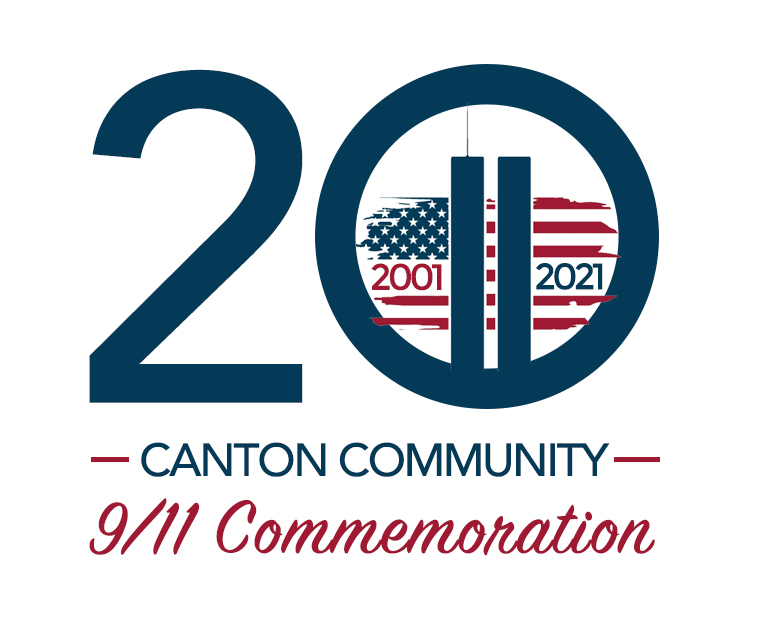 Being the first to know always feels great... Signing up to our newsletter gives you exclusive access to our Grand Opening!